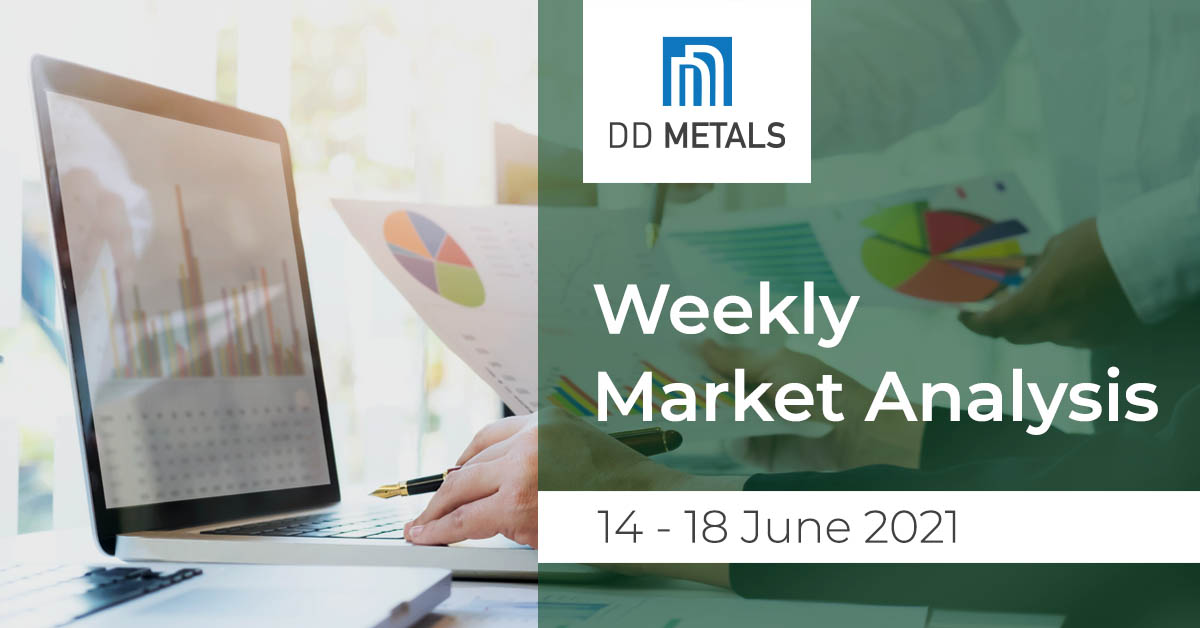 After closing the previous week in the negative territory, gold remained under modest bearish pressure during the first half of the week and registered losses on Monday and Tuesday. With the USD gathering strength during the American trading hours on Wednesday, XAU/USD extended its slide and lost nearly 5% in a two-day span to touch its lowest level in six weeks at $1,767 on Thursday. Although the pair staged a correction ahead of the weekend, it struggled to preserve its recovery momentum and closed a little above $1,760 with a weekly loss of 5.5%.

•    Gold lost more than 5% on a weekly basis for the first time in a year.
•    Unabated USD strength on FOMC’s hawkish shift dominated financial markets.
•    The next target on the downside is located at $1,756.

1)    Producer Price Index (PPI) for final demand rose 6.6% on a yearly basis in May, compared to the market expectation of 6.3%.
2)    US showed that Retail Sales contracted by 1.3% on a monthly basis following April’s expansion of 0.9% (revised from 0%)
3)    US Federal Reserve announced that it left the benchmark interest rate, the target range for federal funds, unchanged at 0%-0.25%
4)    the US Dollar Index (DXY) climbed to its highest level in two months at 92.07 on Friday and gained more than 1.5% in the second half of the week.

We’re going to be watching the price action and reading the order flow at $1770.65 over the short-term to determine if the buying is starting to become stronger than the selling at this level.

If $1770.40 fails as support then look for the selling to possibly extend into $1756.80. If this fails then look for a possible acceleration to the downside with the next target bottom at $1725.50.

Essentially, we’re going to be watching to see if the liquidation selling will continue, or if counter-trend value-seekers will step in to stop the price slide.